The Invisible Men, 1st Down of FKi

Work" is a song recorded by Australian rapper Iggy Azalea for her debut studio album, The New Classic. It was released as Azalea's debut single as a lead artist, and the album's lead single on March 17, 2013.

During December 2012 and January 2013, "Work" was developed by Iggy Azalea as one of the first three songs for her debut studio album, The New Classic. The song was written in Wales during a period of heavy rain which inspired her to create a track that was "sad, but in a weird way, like happy or calming or sort of peaceful". With the track, she wanted to give as much information as she could about herself to detract her listeners from being influenced by criticism and tabloid journalism about her; she disliked the idea of revisiting her past, but felt that it was necessary for her listeners to relate with. Being her first autobiographical song, Azalea encountered difficulty during its writing because of the personal subject matter which she felt she could not fit into a song on its own

Azalea wrote the song with The Invisible Men, Trocon Markous Roberts and Natalie Sims. Sims stated that she, FKi, and Azalea had initially met back in 2008, but lost touch when Azalea moved to Los Angeles.[6][7] The track specifically drew inspiration from a period when Azalea suffered from depression, and dropped out of high school to become a domestic worker with her mother. Azalea saved money for a flight ticket to Miami and left Mullumbimby, New South Wales before she turned 16—an event referenced in the song's lyric "No money / No family / 16 in the middle of Miami" which Azalea felt "said it all". For this reason, she chose to write and record "Work" in isolation in Rockfield, Monmouthshire, with no phone reception, visitors or interruptions. She felt as a location it would help her recall the personal struggles she wanted to write about on the song. Azalea also believed that her best output was produced when in an environment outside her comfort zone. Her vocals were recorded at Rockfield Studios and Monnow Valley Studios. Sims, who abandoned four tour dates in order to fly over to Britain to join Azalea,commented on her own involvement in the song that "Fresh out of a breakup and depressed I spent a month in London in a small 10×10 studio somedays writing and writing and writing… Regardless of whether or not you like the content the song told Iggy's true story of struggle sacrifice and hard work as an artist."

Musically, Azalea found inspiration for the composition in the chord progression featured in Outkast's "B.O.B" (2000). "Work" was produced by The Invisible Men and 1st Down of FKi. Azalea stated that the producers "found a middle ground" on the song, with 1st Down being responsible for its "cool alternative sound", and The Invisible Men creating its "more commercialised, cleaner [and] sleeker sound". Anthony Kilhoffer completed the mixing process, with the assistance of Kyle Ross, at The Mix Spot in Los Angeles. Following the song's completion, Azalea felt that it achieved the goal she set for its parent album, and denoted it as the record's most important and vulnerable moment. She has also cited it as her most personal song and the song she is most proud of.

"Work" served as Azalea's debut single as a lead artist, and the lead single from The New Classic. Following its premiere on BBC Radio 1Xtra on 11 February 2013, Azalea tweeted, "Thanks for supporting me and I'm happy to have a first single about my story and not something meaningless i hope it inspires and motivates". Her label later announced that an extended play (EP) for the single would be released on 8 April 2013. Azalea posted a timed preview of "Work" on SoundCloud on 24 February 2013. The following day, Azalea announced on Twitter that the song would be digitally released within the first week of March 2013.

"Work" was released as a digital download on 17 March 2013 in the United Kingdom. A digital EP—which included remixes by Jacob Plant and Burns—was then made available on 7 April 2013. In the United States, the song impacted rhythmic contemporary radio on 25 June 2013. An official remix featuring American rapper Wale was premiered by Samsung on 28 June 2013. In the remix, Wale performs a 16-bar rap in place of Azalea's second verse in the song.The remix was well received by reviewers from Idolator, Rap-Up, The Line of Best Fit, and XXL. A 13-track remix bundle and the Wale remix was then released in the United States on 16 and 23 July 2013 respectively. Critical reception

The accompanying music video for "Work" was directed by Jonas & François and filmed in Hollywood and Lancaster, California in February 2013. A budget of about $100,000 was used for the production Initially, Azalea wanted to provide a literal representation of the song, and planned to shoot the clip in Australia, but time constraints prevented her from travelling to the country. Accordingly, a desert location was chosen to emulate Azalea's hometown, Mullumbimby. Prior to the video's filming, Azalea felt she grasped the concept of what made a good music video and what viewers wanted to see in the clip for "Work". In turn, she combined several different ideas into the visual because she feared that a music video budget of the same calibre would not arise in future. 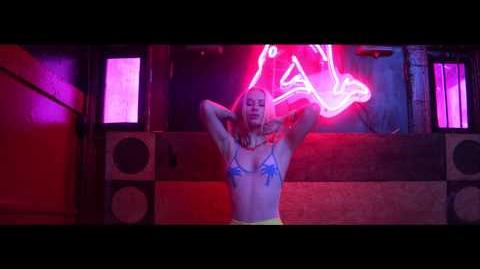 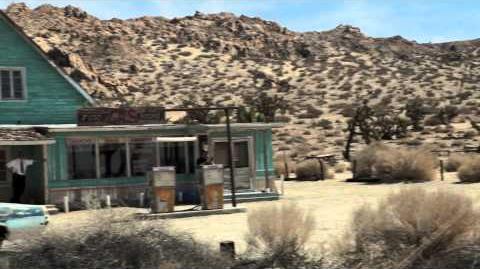 Add a photo to this gallery

Mercury Records announced in February that a remix EP "Work" would be released on April 7, 2013, in the United Kingdom. On March 2013, the first official remix by Jacob Plant was posted online.

[Intro]
Walk a mile in these Louboutins
But they don't wear these shits where I'm from
I'm not hating, I'm just telling you
I'm tryna let you know what the fuck that I've been through

[Verse 1]
Two feet in the red dirt, school skirt
Sugar cane, back lanes
Three jobs, took years to save
But I got a ticket on that plane
People got a lot to say
But don't know shit about where I was made
Or how many floors that I had to scrub
Just to make it past where I am from

[Verse 2]
You can hate it or love it
Hustle and the struggle is the only thing I'm trusting
Thorough bread in a mud brick before the budget
White chick on that Pac shit
My passion was ironic
And my dreams were uncommon
Guess I gone crazy, first deal changed me
Robbed blind, basically raped me
Rose through the bullshit like a matador
Just made me madder and adamant to go at em
And even the score
So, I went harder
Studied the Carters till a deal was offered
Slept cold on the floor recording
At 4 in the morning
And now I'm passin' the bar like a lawyer
Immigrant, art ignorant
Ya ill intent was insurance for my benefit
Hate to be inconsiderate
But the Industry took my innocence
Too late, now I'm in this bitch!

[Verse 3]
Pledge allegiance to the struggle
Ain't been easy
But cheers to Peezy for the weeks we lived out of duffle
Bags is all we had
Do anything for my Mama, I love you
One day I'll pay you back for the sacrifice
That ya managed to muscle
Sixteen, you sent me through customs so
All aboard my spaceship to Mercury
Turn First at the light that's in front me
Cause every night I'mma do it like it's my last
This dream is all that I need
Cause it's all that I ever had

Retrieved from "https://iggy-azalea.fandom.com/wiki/Work_(song)?oldid=6940"
Community content is available under CC-BY-SA unless otherwise noted.