"Murda Bizness" is a song by Iggy Azalea featuring T.I. The song was released March 26, 2012, and premiered by Azalea via her official YouTube account. The single was originally meant to be the lead single for her debut album "The New Classic", but due to the delay, it was included on the "Glory" EP. The song was produced by Bei Maejor and features T.I. rapping a verse.

The music video for "Murda Bizness", directed by Alex/2Tone, was released on July 21, 2012. The video was inspired by American reality television series Toddlers & Tiaras.[2] 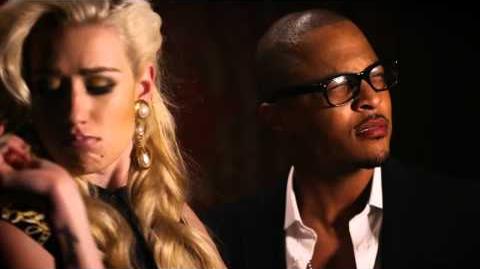 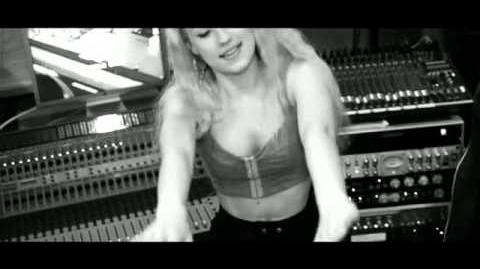 [Verse 1: Iggy Azalea]
Iggy, do it Biggie, tell 'em keep sending bottles, I'mma pop fifty
These other bitches think they hot?
Not really
She a broke ho, that’s how you know she not with me
Keep my heels on high, ride or die
760Li, ridin' fly

I’m the God's honest truth, they decide to lie
They just divide they legs, I divide the pie
And nah, nah, nah, nobody digging ya'll hoes
When Iggy in the spot, they be iggin' ya'll hoes
I’m cold, get in that thang
Kill bitches dead, click clack bang bang it's the murda bizness

[Verse 2: Iggy Azalea]
Peezy, we got them queazy, give these hoes a hard time, make it look easy
I’m the first of my kind, you ain't seen any
We gonna eat this bread cause we make plenty
Stacks piled high, let the hundreds fly
You ain’t gotta do a shit but stay broke and die
While I keep making hits with these coca lines
Shit, I'm IMAX big, you poster size
And nah, nah, nah, they ain’t feeling y’all hoes
If you was on fire, wouldn't piss on y’all hoes
I’m cold, get in that thang
Kill bitches dead, click clack bang bang it's the murda bizness

[Verse 3: T.I.]
Outfit perfect, hit the scene, hurt shit
In the 9/11, I 187 murk shit
Holocaust, genocide, kill their ego and their pride
Cremating the hating, it’s a murda in the making
I’m taking all shine off top
Buying all bottles from the bar, let's pop...
Champagne, if them n*ggas die of thirst, man we'll buy a hearse
When the light hit the chain all you see is fireworks
I mute n*ggas turnt up all the way
Shoot n*gga with the swag, Doc Holliday
I’m steady blowing loud, broke n*ggas ain’t allowed
Click clack bang bang pow pow, it’s the murda bizzness