Digital Distortion
Higher is a song from Iggy Azalea's second studio album, Digital Distortion. A snippet was posted on Iggy's Snapchat on June 16, 2017. It is rumored that the song will feature a female vocalist, and it is currently being considered by Iggy as the fourth single from the album.

On June 16, 2017 Iggy released a snippet of the song on her Snapchat and captioned it "Why should a goddess act so modest?"[1]

On June 29, 2017, a fan asked "what's the name of the song you offered us for a peace bc you scrapped 3day weeknd ?" on Twitter, and Iggy responded "higher.", therefore confirming the title. [2]

On June 29, 2017, a fan asked if Higher was going to be on the album, to which Iggy responded that the producer only wants to give it to them if she makes it a single, but she might want to make Savior a single. [3]

[Verse ?]
Uh, I was thinking
Can I have you for a three-day weekend?
When we do it 'fore my common sense creep in?

[Bridge]
Tell me
Why should a goddess act so modest? 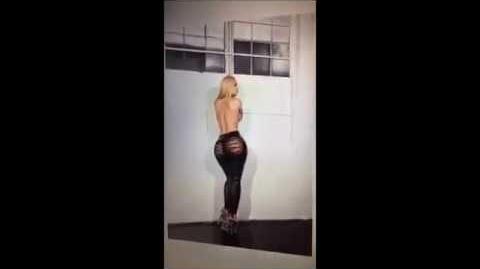