1. "Team"
March 18, 2016
2. "Mo Bounce"
March 23, 2017
3. "Switch"
May 19, 2017
Digital Distortion is an unreleased album by Australian rapper Iggy Azalea. Originally scheduled for a mid-2016 release, Azalea pushed the released back to 2017 following her breakup with her fiancé to work on new material, then to be released in June 2017. But on November 7, 2017, she officially cancelled the album and announced she will release a new project titled Survive the Summer the following year with a new label and new management, after severe creative differences.

In early 2015, Azalea was working on a second studio album. She originally planned on doing a world tour titled "The Great Escape Tour" to promote Reclassified, but cancelled plans due to low ticket sales.

On January 9, 2016, Iggy Azalea released the long awaited "Zillion" buzz track as "Azillion" on her SoundCloud page and captioned it "4 MY RATZ". On March 18, 2016, Azalea announced the beginning of the 24-hour countdown to the release of her lead single, Team.

On March 19, 2016, Team was released worldwide and impacted radio.

On May 2, 2016, Iggy Azalea and Zedd were rumored to be working together on a new song[2]. However, after a song was released between Kesha and Zedd, rumors have died down. But, some fans still believe a collab could happen.

On April 7, 2017, during a recent interview with an Australian radio station, Iggy Azalea confirmed that her new album "Digital Distortion" would be released on the first week of June and that she planned to promote the second single, Mo Bounce, with several performances in the following weeks.

On May 2, 2017, Iggy confirmed that previous song "Middle Man" had been replaced with Elephant.[5]

On May 2, 2017, Iggy confirmed that both Boom Boom is featuring Zedd, and both the song and Elephant are on the final cut of the album.[6]

Iggy then confirmed that the album would have 14 tracks.[7]

Iggy teased lyrics to "Calm Down", tweeting "theres a blue bird, on my shoulder... shall i kill it? ayyyyyeeee stomp that little birdy." [8]

Songs that were officially released as singles, in compilation albums, or published by Azalea on her SoundCloud for free download.

Tracks given to other artists[] 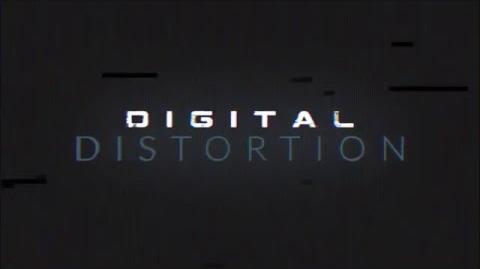